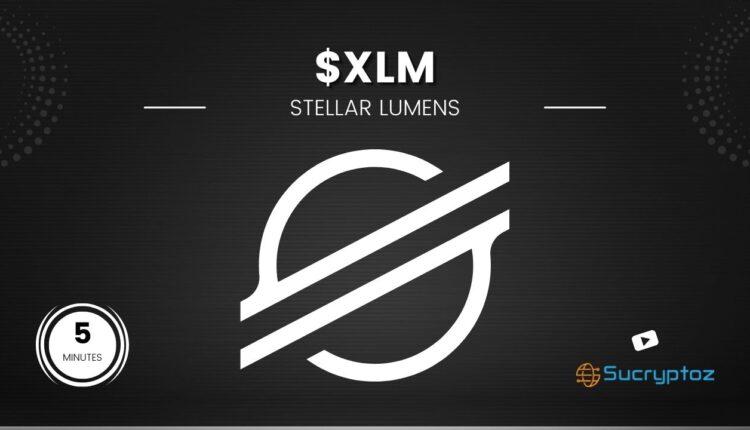 Stellar is one of the fastest-rising digital payments networks on the planet right now. Any financial system around the globe can register on Stellar and use it as an intermediary to transmit currency. In addition, banks and financial institutions can use the platform for digital storage and digital money transfer. Stellar’s cryptocurrency is Lumens, under the ticket XLM, which has now garnered recognition from ISO 20022 as a compliant digital token.

In this video article, we are going to be looking at what makes Stellar Lumens unique and its various strategic partnerships.

Stellar was created by crypto enthusiasts Jed McCaleb and Joyce Kim in 2014. It grew exponentially and has since amassed more than 3 million user accounts. The founders have created a Stellar Development Foundation to manage the token XLM. Stellar has a digital ledger of its own where it manages data of all accounts and transactions. Lumens are used as the bridge currency to facilitate inter-currency transactions. It takes roughly 5 seconds to process a transaction on Stellar.

There are a number of factors that set Lumens apart from another bridge cryptocurrency. For starters, Stellar covers a wide range of currency unlike any other. Popular financial networks often restrict themselves to the currency of a few countries such as USD, GBP, CAD and some crypto like Bitcoin and Ethereum. However, one can exchange any currency on Stellar from any corner of the planet. Moreover, its wide applicability enhances its long-term growth prospects.

Many cryptocurrencies have been created in an attempt to replace existing financial systems using blockchain technology such as Ripple (XRP). However, Lumens aims to provide a helping hand to financial institutions by providing an integrated network that connects them globally. Its compliance with ISO 20022 also ensures that XLM will not be disrupted by Government regulations unfairly, and hence is a very stable token.

Since Stellar is an open-source network, anybody can access it and build their own digital infrastructure. Companies can make intranet storage wallets, and individuals can use them as storage space. Stellar has also recently authorized NFT minting and smart contracts through the platform.

Stellar is also no stranger to strategic partnerships. It has recently made headlines by shaking hands with MoneyGram, a money transfer service that deals in fiat currency. The partnership aims to bridge the gap between cryptocurrency and fiat currency by using Stellar’s blockchain technology to convert tokens into fiat.

MoneyGram will expand its operations with the tech that it acquires from Stellar. Users can now undertake remittances in USDC aka the USD coin which is pegged to the US Dollar. Receivers can cash them out in fiat currency, thus making crypto to fiat conversion smooth and cheaper. Customers of MoneyGram can also cash out their holdings directly at any time. The fact that MoneyGram chose to partner up with Stellar Lumens at a time when the crypto market is crashing shows the caliber and growth potential of XLM.

MoneyGram has been in the industry of finance for more than 4 decades. This partnership introduces a lot of experienced consultants to the Stellar Development Foundation board, which will come in handy in future projects. MoneyGram is also rumored to be eyeing digital wallets in El Salvador, which legalized Bitcoin a few months ago. MoneyGram is talking with third-party service providers to expand to El Salvador, and this partnership will help streamline the contract.

It is worth noting that MoneyGram was previously in cahoots with Ripple Labs, which was co-founded by Jed McCaleb, who left the company due to internal conflicts. MoneyGram ended ties with Ripple after the Securities and Exchange Commission launched an investigation on the company, followed by a class-action lawsuit. This is the second time MoneyGram is partnering with a crypto token developed by Jed McCaleb; Only time will tell us the future of this partnership.

Moreover, Stellar has also built rapport with various other market giants. Its biggest partnership is with IBM, which is developing a stablecoin pegged to XLM in order to work on a $740 million deal with the Australian Government for blockchain based defense solutions. Stellar also has ties with Deloitte, one of the Big 4, to facilitate cross-border payments at an affordable cost through blockchain technology.

Stripe has been with Stellar since its inception. The company was one of the initial investors, providing $3 million. It now aims to incorporate Stellar into its system of payments. Stripe already has 2 billion Lumen or 2% of the total coins from its initial investment, which is now valued at a different price. However, all the profits go straight to Stellar under this partnership.

Stellar has also been invited to be a part of the Wanxiang Group’s Wancloud, a blockchain protocol that aims to revive cryptocurrency and blockchain technology in China. If successful, this can result in major gains for the company through a whole new market of millions of traders, investors, and customers.

In conclusion, Stellar Lumens is clearly set to skyrocket in the future with its strategic moves. The coin has shown excellent growth in value, although it is repressed right now because of the general slow down in the crypto market. Nevertheless, the general consensus is quite positive about the digital token.

And now it is time to hear your thoughts on Stellar Lumens. What do you expect the token to be in the future? To the moon maybe? Let us know in the comments section down below.