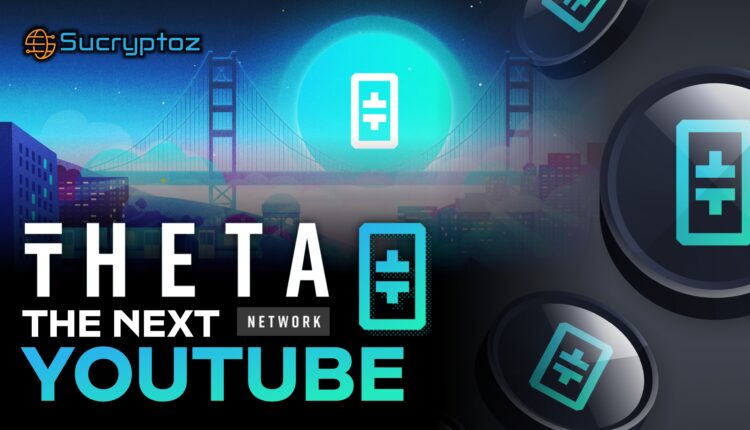 Introduction to Theta Network: The next YouTube of Web3

It is pretty common knowledge that YouTube is the undisputed king of video sharing. Billions of people are on the platform every month. So, hundreds of hours of content are being uploaded every minute.

However, something else that is common knowledge is that YouTube has a number of flaws ranging from issues with monetization to issues with privacy. And any platform that can rise up to fix these issues might very well end up stealing the crown from YouTube.

Well, it looks like this is what the Theta Network is trying to do.

The Team behind Theta Token

To start with, the team behind Theta is a really experienced one, as it is composed of people who have worked at other video streaming platforms like Netflix, Amazon, Vimeo, and even YouTube.

So, the creation of Theta is understandably influenced by the things that work on these other platforms.

However, there is a major difference between Theta and these other platforms which is that Theta is decentralized. That is, the Theta Network makes use of blockchain technology, allowing for decentralized content delivery. And it is this decentralization that puts Theta a step ahead of many other video sharing platforms. It is allowing users to overcome some of the issues that YouTube is currently plagued with.

But how exactly does this happen? Well, first off, videos on Theta are hosted on servers all around the world and are made instantly available to viewers on demand, allowing for said videos to be both smooth and lag free.

Also, because Theta is a peer-to-peer platform and videos are decentralized, there is no need for the owners to build or host infrastructure, per say. Instead, hundreds of hosts are given incentives to host these infrastructures, which considerably lowers platform operation costs.

Lowering operation costs is great because it means that Theta doesn’t have to put its users through the wringer in order to make its money back and then be profitable.

But it doesn’t end there. Viewers can also get in on the fun and earn something as well. No, they are not necessarily getting paid to view content, rather, they get an incentive for sharing their bandwidth and computer resources.

This incentive is the Theta Fuel reward or the TFUEL, which is basically a token that can be exchanged for other cryptos or re-gifted to content creators as a reward.

Speaking of tokens, the Theta Network is powered by two main tokens. One of them is TFUEL, which we just talked about. It is used for transactions within the network, and also used as reward and incentive.

The other token is THETA. This one is basically the Theta Network’s governance token, which basically means that those who want to have a say in how things are done will need to own a good amount of the token. And the more you have the weightier your vote is, basically.

That said, while both tokens can be traded on the open crypto market, none of them was created to be used as a store of value or in exchange for goods and services. This is why you can exchange it for other cryptos if you receive TFUEL as a reward.

So, what is Theta Network?

The Theta Network is a full-on blockchain and everyone from content creators to video platform providers are encouraged to build dApps on there because of its open-source approach.

These dApps can provide any kind of video content including movies, TV shows, live streaming, music, sports video, and even educational videos.

The Theta end-to-end video streaming platform has been launched on the 1st of December, 2022, according to their website.

The Global Edge Network and the Enterprise Validators

And you have the opportunity to sign up to be a part of the Global Edge Network (to share your bandwidth, storage, and computing) or the Enterprise Validators (to secure and govern the network).

As part of the Global Edge Network, you will be hosting Edge Nodes that contribute bandwidth and help facilitate data delivery. And according to Theta analytics, you can earn between $10 and $15 monthly in TFUEL, which is understandably not much. But the rewards do stack up, and there is potential for growth, especially considering that the Theta Network is still relatively new.

Because of all these checks and balances, the Theta Network is highly secured, making it difficult for malicious actors to infiltrate the system. This should help prevent the security concerns that YouTube is currently struggling with.

However, none of this is to say that Theta doesn’t have its issues as well. There have been complaints from community members about the governance of the network. Apparently, Theta Labs has been the one making all the decisions so far, even though it is supposed to be community members that have staked their THETA. The quality of videos that are being produced on some of the dApps could also use some improvement.

Hopefully, these things will get sorted out after the Mainnet launch that occurred on the 1st of December.

In conclusion, 2023 and the future looks bright for the Theta Network adoption!

So, kindly let me know what you think about the future of Theta token in the comments section below.

Cryptocurrencies: Why Are There So Many?

The Secrets Of Dollar Cost Averaging In Cryptocurrency