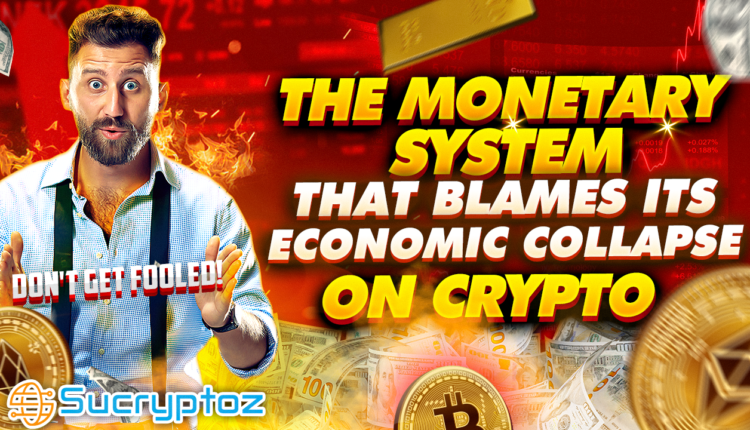 It has been consistently published day by day by leading figures of the traditional financial system, who usually say that the crypto industry threatens us all and that unless very strict regulations are put in place, the entire planet will be brought to submission.

When the God of Hedge Funds Warren Buffett, European Central Bank President Christine Lagarde, U.S. Federal Reserve Vice-President Lael Brainard, and the famous economist Paul Krugman, say that crypto is bad for us, who would dare to say “cryptocurrency is a good thing”?

All those mentioned should feel fully justified, seeing that the cryptocurrency industry has experienced such difficult times. Billions of crypto have been gone from bankrupt hedge funds and lending platforms, and the chain of its contagion can last quite a long. It may be fun to make a blustering face that says, “I told you so.”

All of the celebrities mentioned are fully integrated into the traditional financial system. They are the pillars of the financial system, or they derive their daily bread from using it. They see Cryptos through the lens of the current system, and it can be said that many Crypto companies are unhappy with not complying with the system that they have lived their whole lives within.

Problems with the current Monetary System

The current monetary system is based on debt. Money is created when someone takes out a loan. This money then needs to be repaid with interest. This system benefits those who can create money, as they can charge interest on the loans. This system also benefits those who can borrow large sums of money, as they can use the money to purchase assets and repay the loan with interest.

However, this system harms those who are not able to borrow large sums of money. These people are forced to work harder and longer hours just to make ends meet. The current system also benefits those who hold large amounts of debt, as they can use the debt to purchase assets. This system is broken and needs to be fixed.

Drawbacks in the Crypto Industry

However, there is also truth in the voices condemning the crypto industry. Because of the long period of virtually no regulation, many bad dealers have entered the sector and exploited investors with insufficient knowledge. As the fall of Three Arrows Capital and Celsius testifies, the industry is now affected.

However, there is a question as to why the Bitcoin and cryptocurrency industry was born in the first place. And many crypto-buffs will say it was an attempt to replace the completely broken fiat backup financial system that was on the verge of collapse.

By controlling the mainstream media, it can be said that the people of the world remain unable to know exactly what is happening in the economy.

Since Nixon removed the U.S. dollar from the gold standard, the government has had the freedom to print as much money as it wanted. Even with 2% inflation, 50% of the purchasing power is lost in one generation. You can imagine how much wealth will be destroyed in this age.

If central bank officials and economists don’t understand where the money comes from, they can’t expect to see this failed system in the future. Money is made from debt. We have to shoulder more debt to continue this system.

All inconvertible paper money had fallen to the extremes during its lifetime, and the poor and middle class had to pay the price.

What hope, then, is there?

Education on the current monetary system is necessary, but as mentioned above, mainstream media continues to contribute to maintaining the ambiguous curtain.

Thus, if a whole country and its economy fail, at least some people will invest their wealth in Bitcoin.

Having hard money completely outside the system of debt-ridden inconvertible paper money that the government or its agencies cannot control may bring a huge benefit to those who realize it.

Future of the Crypto Industry

The battle is beginning. The Central Bank Digital Currency will emerge in the not-too-distant future. With the spread of central bank digital currencies, what we use in our daily lives for transactions could be used to make us completely slaves.

Education is the key. Only those who know the truth can survive the coming economic reset, on the right side!

The crypto industry has experienced a lot of ups and downs, but it still has a lot of potentials. With the right education and understanding, people can use cryptocurrencies to their advantage and survive the coming great reset.

Listing on the stock exchange has its benefits, says…

Nanjing University Sets Up One of the First Metaverse Majors…

Bitcoin, Ethereum, Cardano and XRP see big inflows for a…

Global Manhunt for Terra Luna Founder Do Kwon After Interpol…