The Story of Web3 and the Future of the Internet 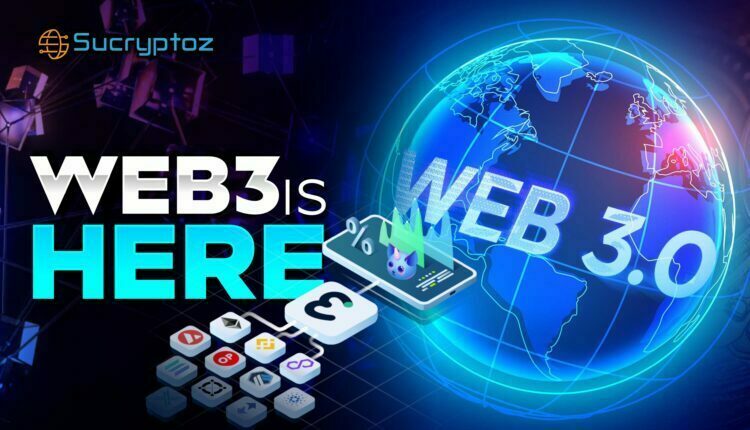 Web3: The Future of the Internet

The Story of Web3 and the Future of the Internet

And without the technology to improve the peer-to-peer system, centralization became our new reality. This was when Web2 was introduced to the scene.

Web2 is our current internet version. It transformed from making users just observers to making us participants. Web2 became an active platform for internet users to chat, collaborate, and share original work.

It took Web1’s static structure and made it interactive. However, unlike Web1, Web2 is centralized, focused on content creation, and largely monopolized by big successful tech companies. But we now had the freedom to consume content and interact.

These modes of interactions online were enabled by social media platforms such as Facebook and Twitter. However, Web2’s flaws began to unveil as centralized companies started accumulating users’ data. These companies use targeted ads to build their user base and increase interaction.

But as they did that, they took control of users’ data and even their content. This is why we have experienced cases of unfair data control where users had their accounts closed for unknowingly violating the platform’s guidelines. Some other companies like Facebook came under heavy fire for failing to protect their users’ data.

And so, it was clear that the internet needed an upgrade. We needed to have a web system that allowed decentralization and express user participation. The internet needed to take away from the handful of companies that controlled it because with Web2, you don’t really own your own identity.

Web3 came into being as a move to reclaim the Internet

Interestingly, the idea of Web3 came into being as a move to reclaim the internet. We needed to give the power back to the people. The term Web3 was coined by Polkadot founder and Ethereum co-founder Gavin Wood in 2014.

And when he used the term, he referred to a “decentralized online ecosystem based on blockchain.” But the term didn’t really catch on until 2021 when interest spiked from cryptocurrency enthusiasts and technology companies.

Web3, however, is seeking to distribute the power held by big companies so that users can take back control of their content and ownership of their data. And Web3 is leveraging peer-to-peer technologies such as blockchain, virtual reality, the Internet of Things, and open-source software.

The differences between Web1, Web2, and Web3

With Web1 and Web2, the main issues that sprung up were from the middlemen such as Facebook and YouTube. For instance, Facebook is a middleman for content distribution and its community. But they broke our trust when they harvested our data and monetized it.

However, Web3 plans to use a unique solution that users can trust and that is blockchain. Blockchain and crypto are already perfectly positioned to become essential technologies of Web3 because they are originally decentralized, they create digital identities, and allow anyone to record information on the blockchain.

With blockchain being decentralized, there is no centralized owner or company. Instead, it is managed and maintained by its entire network of users. This will make it difficult for anyone to remove your content or disable your account for unknowingly violating guidelines.

It is also distributed which means that there is no single entity in charge. It allows users to add and verify transactions and information themselves. The Web3 will also be permissions as it would not be controlled by any middleman.

With Web3 based on blockchain technology, it will also be trustless. It will allow users to participate without trusting anything but the network itself. And most of all, Web3 is secure. This is because it is based on cryptography.

Cryptography gives users the ability to protect their information while making transactions. With cryptography, users have a unique code that no one else knows and it helps keep their assets and documents safe.

This is why the ability of blockchain to create trust between individuals is important to the world of Web3. And the trust removes the need for middlemen and intermediary bodies. However, Web3 can also rely on technologies that are not related to blockchain or cryptocurrency.

Web3 and the Internet of Things (IoT)

Web3 could also rely on technologies such as augmented reality, virtual reality, the Internet of Things, and the metaverse. Although the Web3 on the blockchain could operate more on the fundamental side of it, these other technologies could help make the internet more immersive and connected to the real world.

For instance, the Internet of Things could connect various devices through the internet, augmented reality could embed digital visual elements into the real world, and virtual reality could construct computer-generated environments. And all these technologies combined could make a unified metaverse the reality of Web3.

But when it comes to the crypto space, with the goal of reclaiming the internet and giving power back to the people, there is one way the blockchain can incentivize users and that’s through cryptocurrency.

This way, instead of passively using a network that is funded by someone else, blockchain networks reward users directly which gives them a good reason to support the network themselves.

Because of its decentralization feature, dApps are not susceptible to hacking the way Web2 apps are. This is because the decentralized apps are maintained by the entire network, not just one entity.

When it comes to data, Web2 takes it as a big deal. In Web2, data is collected and sold to third parties or advertisers to fund websites and applications. Currently, with Web2, users have to input their names, phone numbers, date of birth, and other sensitive information.

But the decentralized app does not need all that information because the blockchain has built trust into the system.

Also, Web3’s implementation of cryptocurrencies has created a system where giving your personal information is no longer necessary.

This allows your data to be kept safe in your wallet. Web3 users will be able to access their decentralized applications with what is called a wallet. Your wallet is the tool that you use to interact with the blockchain and dApps do not require you to create an account to use their services.

With the upcoming version of the internet, you can just find a decentralized app you want to use and connect your wallet. Web3’s use of cryptographic keys, wallets, and decentralized networks has eliminated the need for personal data collection along with the potential for it to be abused or hacked.

This is a lot better than Web2 because centralized data hubs are constant targets for hackers. Web3 is presenting user-owned and operated applications, and it has given us freedom over our personal data and digital identities.

However, when it comes to the building blocks for user-owned economies of Web3, then NFTs and social tokens are important. Non-fungible tokens are distinct assets that exist on the blockchain and carry their own certificates of authenticity. Basically, they are unique identifiers used to assign ownership of digital assets just like barcodes.

Since its entrance into the crypto space, NFTs have solved a problem that digital creators have been struggling with for a while. And that is how to bring scarcity to digital assets. Although other users can still copy and paste files associated with an NFT, they would not be replicating its proof of ownership because it exists solely in the owner’s wallet.

With such upgrades on Web3, creators are not just able to capture the value of their work, they are also able to distribute value. However, just like Web2 has platforms and communities for users.

Web3 also has decentralized autonomous organizations. DAOs are still quite new on the scene and their mechanics may differ from one to another.

Still, decentralized autonomous organizations are a new way of organizing communities. It allows collective ownership over a group’s assets and decision-making process. Unlike Web2 which gives control to a single person or a small subset, a DAO distributes governance amongst all its members.

When members join a DAO, they are given governance tokens. These tokens allow members to vote on how assets and treasury funds are used. And because the treasury is managed by a smart contract, everything is transparent and open for anyone to examine.

Decentralized autonomous organizations may differ when it comes to voting methods and other practices but they all have the same goal. And that is to create a group of people working towards a common goal, and giving them all a say on how it should be operated. That is what Web3 is offering.

From its inception, the internet was intended to bring people together. And now, with Web3, we have the opportunity to do that. However, it is better because we are reclaiming the internet and building a decentralized system that allows us to control our data, create a web free from all its centralized flaws, and regain our freedom.

And with that, we’ve come to the end of this article.

What are your thoughts on Web3? Feel free to share with us in the comments below.

How To Invest In Cryptocurrency: Start Here! (Beginner’s Guide)

Cryptocurrencies: Why Are There So Many?

TOP5 WEB3 Altcoins – Features Of The Next Internet Revolution