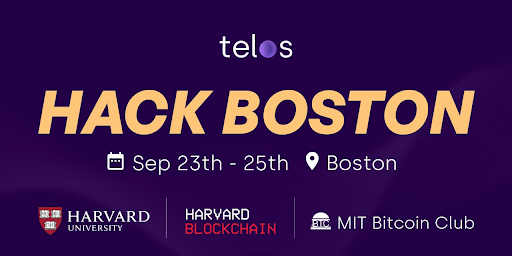 The ongoing industry mission is to educate the outside world on blockchain technology and its vast potential. Gaining a foothold on Ivy League campuses has been possible, although the first crypto hackathon is only now taking place. Heck Boston runs from September 23-25 and is hosted by Telos, a prominent blockchain infrastructure network.

It is rather interesting to see a crypto hackathon take place at Harvard University, one of the most renowned Ivy league campuses worldwide. One may argue there has been a keen interest in blockchain at Harvard before, primarily through its blockchain club. However, there was never a crypto hackathon on campus before. That will change with the help of Telos, MIT Bitcoin Club, and EasyA.

Together, these entities will host the Hack Boston crypto hackathon at Harvard University. It will feature hundreds of students from Harvard, MIT, and other Ivy League colleges. Attendees will learn more about blockchain technology and gain hands-on experience through various workshops and mentoring sessions. Telos will play a key role in those events as it aims to establish a bright future for Web3 technology.

As a sponsor, telos will help the blockchain-curious discover the purpose of Web3 and how it can lead to new ideas, products, and services. There are many exciting possibilities and implications that can affect the lives of millions or billions of people. Tezos is committed to building a sustainable Web3 future through financial equality and real-world initiatives.

Supporting the Hack Boston crypto hackathon is the latest effort Telos plays a key role in. The team has built a strong reputation by supporting various dApps focused on financial markets, production in developing regions, supply chain management, carbon emission reduction, etc. To build a viable Web3 future, there needs to be supporting infrastructure, and Telos wants to power the decentralized solutions of the future.

Moreover, Justin and Jesse offer mentorship to the participating hacker teams to help unlock their full potential. Telos is committed to getting more people actively involved with its technology to build next-generation applications. Choosing the correct infrastructure to build blockchain apps is an essential first step. Telos may be the missing puzzle piece aspiring developers have been looking for.

The Hack Boston crypto hackathon also features free Telos merch giveaways and other swag for attendees. In addition, two cash prizes are up for grabs for the hacker teams, combining for a $10,000 prize pool.

Disclaimer: This article is provided for informational purposes only. It is not offered or intended to be used as legal, tax, investment, financial, or other advice