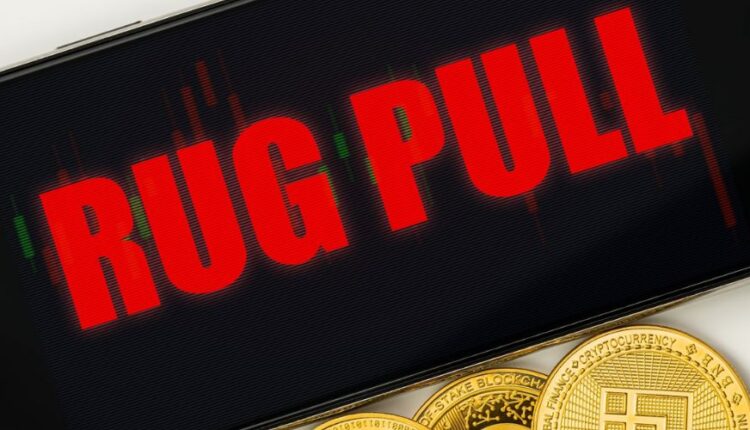 The NFT exchange SudoRare has scammed its customers out of $820,000 worth of digital assets and gone dark.

Another Day, Another DeFi Rug Pull

Project rugpulls are a crypto investor’s biggest fear, and SudoRare is the latest nightmare to join the list. A “rug pull” is a crypto term that refers to a scam where project developers promise high returns to investors to get them to put in their money and then steal the funds and disappear without a trace.

The SudoRare NFT exchange, which is a fork of the popular SudoSwap and LooksRare NFT exchanges, promised users that they would be able to create liquidity pools for NFT collections and then stake the native token SR to earn rewards. However, the team has recently absconded with hundreds of thousands of dollars worth of investor funds in its recent rug pull.

There had been plenty of warnings about SudoRare doing the rounds on Crypto Twitter before the rug pull. There were multiple questionable factors that raised suspicions in the community. Individuals were already alerting users that the project is most definitely a fraudulent scheme. One of the obvious red flags was that the team behind the project wa entirely anonymous. Furthermore, they were also promising the moon to the investors, which is usually a sign to be suspicious of, especially in such a bear market.

The NFT platform was live for only six hours early Tuesday, before the anonymous developers behind the project deleted the website and all associated social media platforms. Before deleting the platform, the miscreants siphoned away around $315,700 in WETH, $200,000 in XMON, and $314,700 of LOOKS tokens and swapped them all for around 519 ETH. They then channeled the funds, which amounted to a total of $820,000, into three Ethereum wallets. A blockchain security firm was able to trace one of the culprits behind the attack to a wallet connected to the centralized exchange Kraken. The community is expecting to find out the identity of this particular individual soon enough, as Kraken has to follow KYC requirements for all users as imposed by U.S. regulators.

Rug pulls have been plaguing the crypto scape, especially targeting DeFi projects. According to a report by crypto analytics firm Chainalysis, rug pulls were the most common form of scam in the industry and had stolen over $7.7 billion of investor funds in 2021. In 2022, the amount stolen through rug pulls amounts to $2.8 billion.

Due to the decentralized nature of DeFi, anyone can create new tokens on the blockchain and get them listed on decentralized exchanges without a code audit. Fraudulent actors hype up the value of their project by making high promises and attracting users to the project. Then they eventually drain the funds from the liquidity pool and disappear.