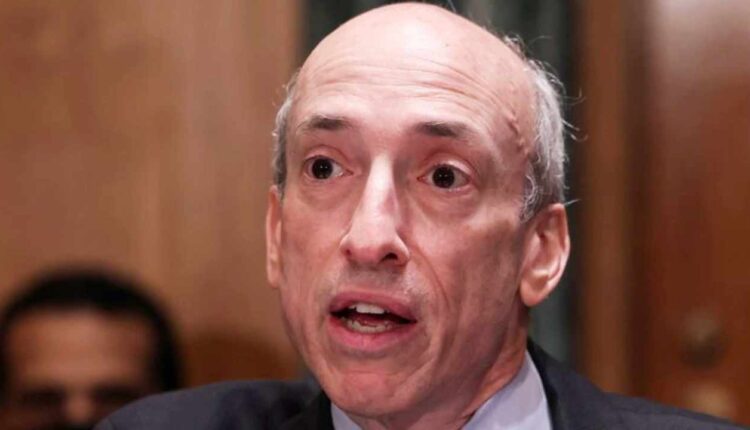 The chairman of the U.S. Securities and Exchange Commission (SEC), Gary Gensler, has outlined two paths the agency is taking to regulate the crypto industry. Meanwhile, a U.S. congressman is investigating whether Gensler helped FTX CEO Sam Bankman-Fried and his bankrupt crypto exchange on legal loopholes to obtain a regulatory monopoly.

The chairman of the U.S. Securities and Exchange Commission (SEC), Gary Gensler, talked about crypto regulation and the undoing of cryptocurrency exchange FTX in an interview with CNBC Thursday.

Without confirming whether the SEC is investigating FTX, the chairman explained that when crypto exchanges “mix together a bunch of customer money” without disclosure and “leverage borrowing against it,” investors get hurt.

He was also asked about the watchdog going after Kim Kardashian which, on a relative basis, is a much smaller case than FTX. Gensler replied:

Look, I think that investors need better protection in this space. But I would say this, this is a field that’s significantly non-compliant, but it’s got regulation and those regulations are often very clear, and we have multiple paths.

“One path is working with those crypto exchanges, crypto lending platforms, and to get them properly registered and why that matters is that so the public is protected,” he explained.

Another path is enforcement, Gensler emphasized. “We’ve brought, between my predecessor and the teams now at the SEC, at least 100 actions … and we’ve been very clear in these various enforcement actions.” He also referenced the regulator’s recent win against LBRY.

Gensler often said that crypto trading and lending platforms should “come in, talk to us, and get registered.”

According to his calendar, FTX CEO Sam Bankman-Fried did come in and talk to him on March 29. “Do you feel like you were hoodwinked?” he was asked.

I think we’ve been clear in these meetings … non-compliance is not going to work, the public is going to be hurt, but also we’re going to continue on these dual paths.

He added that if necessary, the SEC will be “the cop on the beat, going into court, putting the facts and the law in front of judges.”

“It’s about the platforms or the intermediaries. This is not like the New York Stock Exchange or Nasdaq,” Gensler stressed, adding that a handful of crypto lending and trading platforms “comingle” assets. He opined:

It’s another toxic combination where they take people’s money, they borrow against it, it’s not much disclosure, and then they trade against their customers.

The chairman added that the SEC is focusing on these platforms but “Building the evidence, building the facts often takes time.”

Following Gensler’s interview, Congressman Tom Emmer tweeted that his office has received reports alleging that the SEC chairman helped Bankman-Fried and FTX work on legal loopholes to obtain a regulatory monopoly. “We’re looking into this,” the lawmaker wrote.

Last week, four congressmen accused Gensler of “hypocritical mismanagement of the SEC,” emphasizing that he refuses to practice what he preaches. This week, two lawmakers said they were “deeply concerned” that the SEC is enacting rules too quickly, without sufficient feedback. Gensler has also been criticized for taking an enforcement-centric approach to regulating the crypto industry.

What do you think about the comments by SEC Chairman Gary Gensler and Congressman Tom Emmer? Let us know in the comments section below.

Sam Bankman-Fried To Be Investigated By the U.S. SEC