Listing on the stock exchange has its benefits, says Coinbase’s CEO 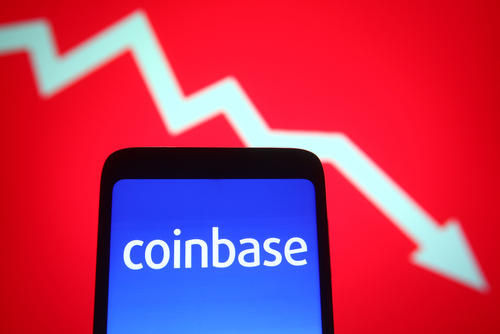 Coinbase is one of the crypto exchanges to go public, and the company’s CEO said the move had put them on the main stage.

Coinbase’s CEO, Brian Armstrong, revealed in a recent interview that the company’s listing on the stock exchange had put them on the main stage.

The cryptocurrency exchange went public last year, in a move that widely signifies that crypto companies were gaining widespread adoption within the broader financial market.

Armstrong pointed out that going public has huge benefits for the company despite Coinbase’s stock being down by 84% since hitting its all-time high of $381 on its listing day.

“Going public has put us on the main stage, where we’re able to get deals done with BlackRock and companies like Meta. Now we’re the first Fortune 500 company doing crypto, and so we can go do deal with other Fortune 500 companies now, and they treat us more as a more legitimate force out there.”

Armstrong added that prior to taking Coinbase public, he spoke with several crypto CEOs who had decided to stay private after weighing the pros and cons.

He added that one of the benefits of going public is the ability to raise funds quickly at attractive rates, citing the company’s $3 billion raised last year without him needing to take a single meeting with investors.

However, Armstrong pointed out that a major disadvantage of going public is the increased public scrutiny and media coverage. He said;

“I think some of the scrutiny is not that helpful, to be honest. It’s just people pushing their own narrative or trying to do anti-tech bias pieces, [that] should be labeled opinion pieces, but they’re not.”

Although Coinbase remains a household name in the crypto space in the United States, it has been facing increased competition from the likes of FTX US and Binance US in recent months.

Binance and FTX are two of the largest cryptocurrency exchanges in the world and have been expanding their presence globally.