The IMF has called for tighter crypto regulations in Africa in order to stunt any further growth on the continent.

The International Monetary Fund (IMF) is using the FTX collapse to its best advantage, saying that regulation is needed soon in order to better protect consumers and to avoid stability risks for the wider financial and economic system.

An article on the IMF blog cites a Chainalysis report stating that Africa is one of the fastest-growing crypto markets in the world even though it is still the smallest on a world scale. 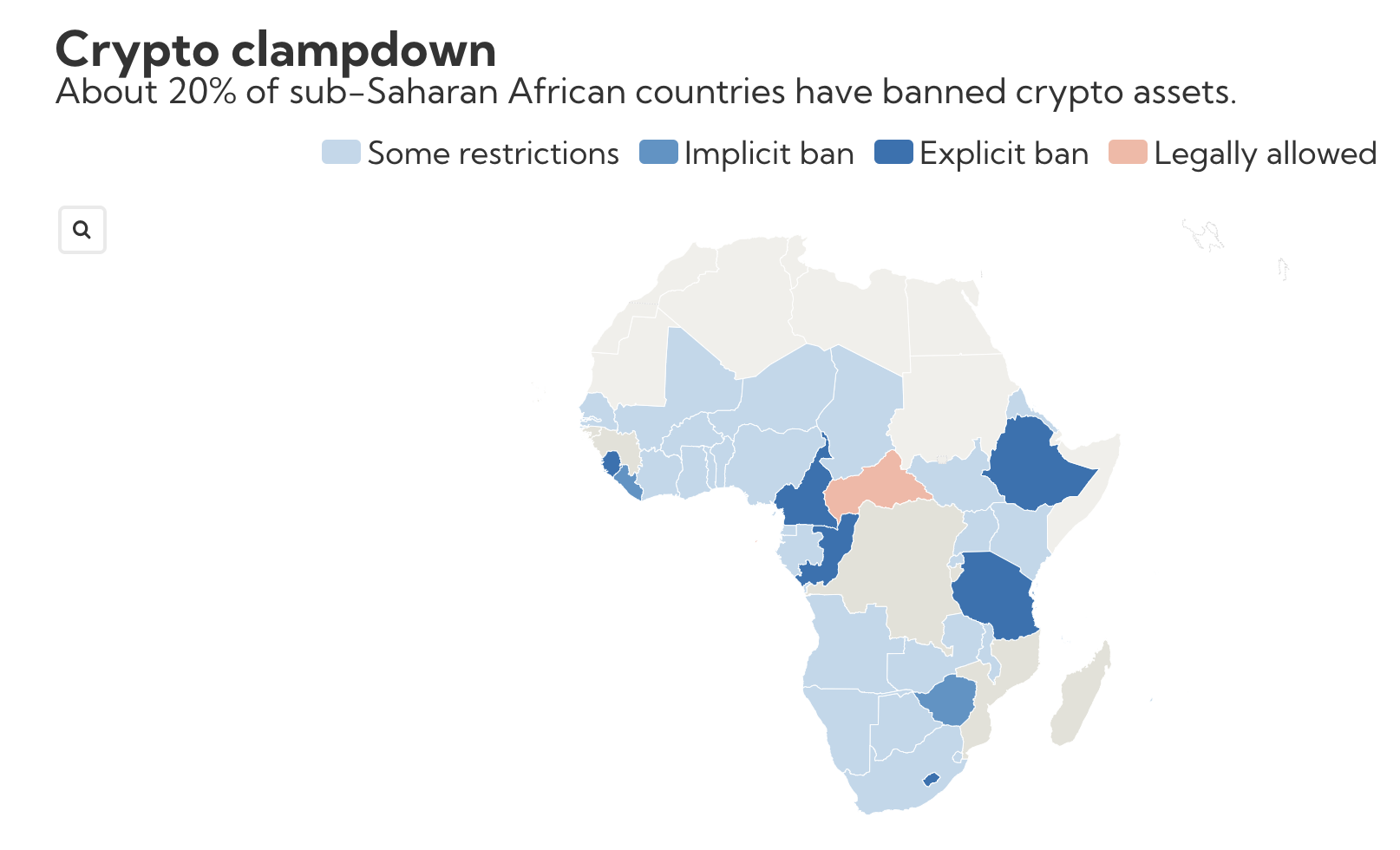 In the above chart taken from the same article it can be seen that restrictions and bans on crypto are in place over much of Africa. Only the Central African Republic has allowed crypto to be used as legal tender, much to the chagrin of the IMF.

The IMF writers of the blog post acknowledge that many people in Africa use crypto assets for payments but state that their volatility makes them a poor store of value. The writers also point out the following:

“Policymakers are also worried that cryptocurrencies can be used to transfer funds illegally out of the region and to circumvent local rules to prevent capital outflows. Widespread use of crypto could also undermine the effectiveness of monetary policy, creating risks for financial and macroeconomic stability.”

The IMF is never happier than when it is negotiating the terms of loans with developing countries. Many countries have been lured into debt slavery by agreeing onerous terms for more dollar loans that impoverish their populations and keep them enslaved for as long as it takes to repay those loans.

John Perkin’s book, “Confessions of an economic hitman” details the author’s views of how the IMF played its part in furthering U.S. dominance across the world.

Africa is hugely significant for both the U.S. and China. Its fast-growing population and potential to become a major exporter of food over the coming decades make it a target for these world powers.

Allowing the growth of cryptocurrencies that might be used as alternatives to the dollar or the yuan would likely not be something that the U.S. or China would countenance.

Central bank digital currencies are the preferred option here, and this technology has the potential to cancel financial privacy completely and to enslave the populations that use it.