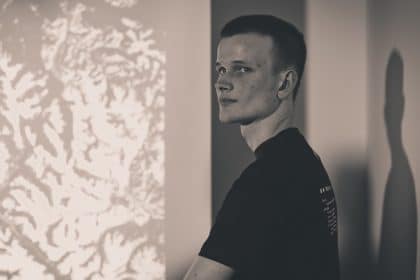 Vitalik pointed out that there has been no viable stealth address solution thus far, even though it offers a more functional and comprehensive privacy solution when compared to the now-sanctioned crypto mixer Tornado Cash.

Vitalik Buterin, the co-founder and the most popular figure behind the Ethereum blockchain network has shared insights on the use of stealth addresses as a viable way to maintain true privacy on blockchain networks.

In a blog post tagged “An incomplete guide to stealth addresses,” the blockchain developer highlighted how maintaining privacy has been more vital at this time. According to him, every transaction carried out on the blockchain registers different data that places the sender’s affairs right up for the public to see.

While he noted that there has been a series of proposed solutions, he considers stealth addresses as one that may be viable for the Ethereum blockchain in the long term if developmental work is put into it.

Describing how stealth addresses work, he used two hypothetical names, Alice and Bob. He said this technology can help Alice send Bob some money to Bob and Bob on the other hand can use the addresses to shield his identity as the recipient of the funds which could be an asset or a Non-Fungible Token (NFT).

While he pointed out that the Stealth addresses are often generated by either Alice or Bob but it is often controlled by the receiver. Per his note;

“Bob generates and keeps secret a spending key, and uses this key to generate a stealth meta-address. He passes this meta-address to Alice (or registers it on ENS). Alice can perform a computation on this meta-address to generate a stealth address belonging to Bob. She can then send any assets she wants to send to this address, and Bob will have full control over them. Along with the transfer, she publishes some extra cryptographic data (an ephemeral pubkey) on-chain that helps Bob discover that this address belongs to him.”

Vitalik pointed out that there has been no viable stealth address solution thus far, even though it offers a more functional and comprehensive privacy solution when compared to the now-sanctioned crypto mixer Tornado Cash.

In his view, developers will launch more functional products that are usable when they focus optimally on developing stealth addresses that can be implemented easily.

“Basic stealth addresses can be implemented fairly quickly today, and could be a significant boost to practical user privacy on Ethereum,” he said, adding that “They do require some work on the wallet side to support them. That said, it is my view that wallets should start moving toward a more natively multi-address model […] for other privacy-related reasons as well.”

He pointed out that there are some challenges that may be experienced including longer-term usability issues. Rather than get discouraged, Vitalik said he is optimistic that these can be addressed over time.

“In the longer term, these problems can be solved, but the stealth address ecosystem of the long term is looking like one that would really heavily depend on zero-knowledge proofs.”

Benjamin Godfrey is a blockchain enthusiast and journalists who relish writing about the real life applications of blockchain technology and innovations to drive general acceptance and worldwide integration of the emerging technology. His desires to educate people about cryptocurrencies inspires his contributions to renowned blockchain based media and sites. Benjamin Godfrey is a lover of sports and agriculture.