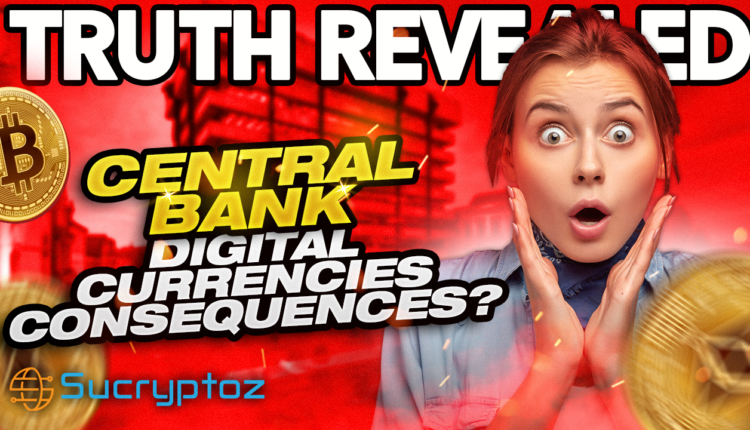 Currency is the lifeline of trade and the economy; if the currency goes bankrupt, the entire economy will go bankrupt. But most people rarely think about the health or purchasing power of the money in their pockets. We don’t investigate how often the currency crashes or how often inflation or stagflation hits the country. But people believe that money will be used the same way always. They also believe that money will not change dramatically.

It seems that people are not interested in the mechanism of money because they are not taught how money is made. It is not discussed in schools, the truth is avoided in universities, and it is rarely mentioned in major news. People think that the government or the national treasury handles everything, but the truth is the government does not make money. The central bank operates from a quasi-independence standpoint.

Former U.S. Federal Reserve Chairman Alan Greenspan once openly admitted that the central bank “would not answer anyone” and would not obey government orders. They do what they like when they like.

This is because many critics have long argued that the Fed was not elected but rather that it was the ultimate institution with the ultimate power to destroy the economy and the dollar at will. Of course, the President of the United States can “choose” the next successive chairmen from the list of candidates provided by the Federal Reserve. And Congress could demand a full audit of the Federal Reserve’s financial behavior and policies, but not because banks and their political partners would never allow it. The central bank is by far the most powerful institution of a nation in the current Monetary System and the central bank does not seems responsible for the people at all and cannot be controlled.

What bankers fear is the reaction of the people. Bankers fear that the public will know who they are and what the central bank is doing. They fear that their actions and policies will provoke a revolt. They are afraid that someday the torches and rakes will come out. Therefore, they try their level best to avoid responsibility for the damage they cause.

Supporters of the Fed argue that politicians should be blamed for the central bank’s willingness to make money, which is not commensurate to the level of economic activities if the government asks it to do so. This is a lie. Politicians plead with the Fed to give them more money, which the Fed usually responds to, while also creating billions of dollars as a side effect for friends in the industry.

For example, in recent history, the Federal Reserve’s policy actions have only been investigated once by the Board of Audit. The audit was allowed (thanks to Ron Paul’s presidential election) for a set of bailout measures carried out by the bank and because people started to become smarter about the bank’s activities. The audit was conducted to keep people silent. However, what was discovered was surprising, and the media hid the information. Initially, billions of dollars were said to have been created for the relief measure that started in 2008, but over a few years, over 16 trillion dollars of inconvertible paper money was created by the Fed.

It should be noted that this audit was limited to specific remedies and not to the entire operation of the Fed. I have no idea how many dollars the central bank has created out of nothing since the credit crunch began. The only way to do this is to refer to the FRB’s own data, which is probably not very honest.

The only thing that limits the central bank’s complete control of the currency is the fact that it can explain physical dollar holdings and even digital bank transfers. Once these dollars are leaked to the ether, there is not much that the central bank can do to hide them, and inflation eventually reveals the truth.

Bankers need a new system that gives them complete control over the creation and distribution of money. They want the ability to make money appear and disappear in real-time. More than that, they want to be able to track who has money and what they’re spending in dollars. They want to be able to manage trades in detail and realize a totalitarian financial empire.

Have you thought why the mainstream media has been massively promoting cryptocurrencies like Bitcoin in the past few years? Have you ever wondered how a major bank like Goldman Sachs or JPMorgan spends billions of dollars on crypto infrastructure and research in private while at the same time bashing cryptos on the news? Or have you ever wondered why central banks are developing their own cryptocurrencies while rejecting cryptos and referring to them as dangerous?

This is to instill in the public the concept of a complete digital trading system in which physical money no longer exists. It may seem that the central bank is suspicious of cryptography, but they love cryptography.

The Bank for International Settlements (BIS), known as the “Central Bank of Central Banks,” has recently released a survey showing that at least 81 central banks around the world are accelerating their plans to release their own cryptocurrencies. There are many excuses, such as the Covid Pandemic, but they have been working on these digital products long before the pandemic started.

The International Monetary Fund (IMF) has been talking for years about the development of a global cryptocurrency system tied to the Special Drawing Rights basket. There is nothing new as many globalist institutions are pursuing this technology. The new thing, however, is that banks have publicly acknowledged the plan.

BIS is one of the most secretive globalist organizations, yet it has a public face and acknowledges that it is developing CBDC technology. And this tells me that the big changes in our economic environment are near. In general, criminals do not reveal their criminal nature unless they think it is too late. As stagflation has hit the economy this year, does the bank’s behavior suggest a worse situation in the future?

The public will not easily accept CBDC as money unless existing money loses most of its purchasing power and the current system is broken. Thus, a new level of empire will rise. When there is a big crisis, the elite can strengthen their grip while people are distracted by their personal disasters. People are terrified by the misfortune of their own small ways of looking at things while the big picture changes.

In the U.S., markets and mainstream economists simply wish the Fed would act to raise interest rates. But even so, the problems of inflation and stagflation remain. If the Fed doesn’t reverse the rate hike, there will be a price increase plus a recession. The current speed of interest rate hikes cannot delay inflation due to the inconvertible paper money flowing into the world economy. Thus, the Federal Reserve created the Catch-22 scenario in which the economy collapses no matter its policy decisions.

But what if all this was intentional?

If CBDC is introduced in the wake of the Stagflation crash, central banks will be able to call for a new global currency network “to prevent such crises from occurring again.” The BIS and the IMF will be waiting for an SDR. Basket or something similar. Bankers will remove all physical money in a short time, and the global digital system will take over. The privacy in trade will be all gone except for those involved in barter, black market, and commodity trading.

The emergence of CBDC could also mean that money and economic participation become a privilege, not a right. Digital transactions may be linked to social credit systems like those in communist China.

Be careful, your money might get lost in a few seconds as neighbors or strangers, might report something about you on the mobile social app. And your responsibility is to prove that you are “faithful” and regain access. You will be guilty until proven innocent. Don’t you want to take the next untested Jab because of the next dubious pandemic threat? If the ability to function economically is digitally controlled, there will be little choice.

If central banks allow us to fully digitize money and trade, we will face this world. It could be a nightmare of total authoritarianism. The general public is largely unaware of the incredible dangers inherent in CBDC and must be educated before the current crisis grows so profound that they can focus only on their own problems.

The global financial system is on the brink of collapse, and the elite are preparing for it. They are doing this by introducing a new global currency system that they are going to control. This new system will be digital and will be used to track and control all economic activity. It will be linked to social credit systems and will be used to reward those who are obedient and punish those who are not. This new system will be used to create a world of total authoritarianism and control.

The general public is largely unaware of the incredible dangers inherent in CBDC and must be educated before the current economic and monetary system collapse.

Education is Key and will prepare you to maintain yourself in the right side!